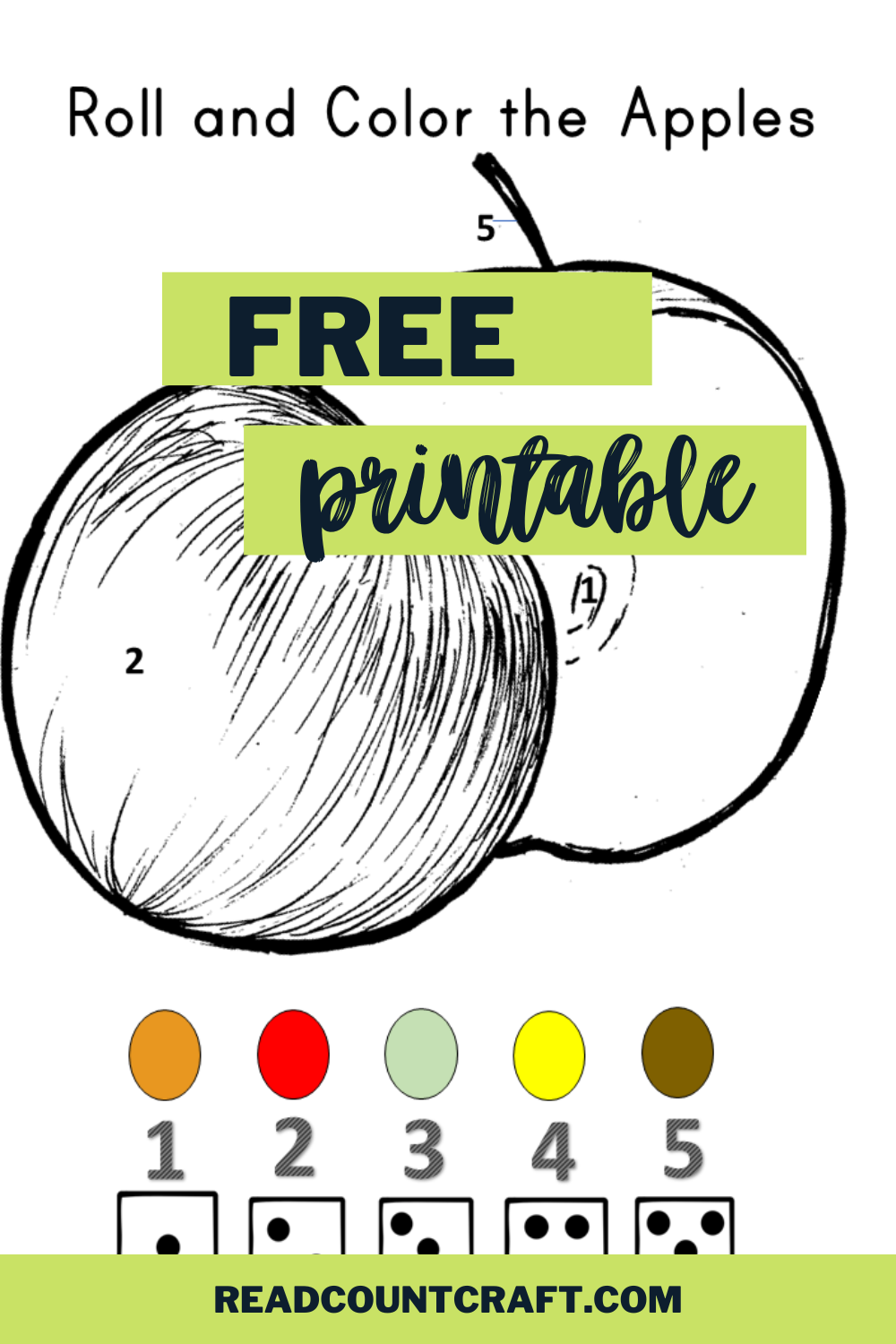 These apple activities for preschoolers offer a lot of entertainment and learning with very little fuss. These are STEM (science-focused) activities that can be used as an addition to reading books about apples and apple trees.

I'm going to be discussing a few other activities you can add on to your main preschool apple activity fun. The three main activities can be used in any setting. They can also be used for single or groups of children. (The additional activities may not be able to be applied to all learning situations or children.)

Before doing these three specific activities, allow your children to explore the apples. Give each kid an apple and just talk about what it looks like. When kids talk about what things look and feel like, they build early learning skills for literacy. Their brains are making connections for skills that will be used for future reading and writing comprehension.

The next apple exploration activity needs to be applied based to your preschoolers skill level, or, what's allowed in your daycare or classroom. If a child is strong enough to cut apples, and mature enough to do that, go ahead and allow him to cut some apples.

Some preschoolers don't have the level of gross motor skill development needs to cut apples. They may also not be mature enough not to stick a knife in their mouth or eyes. So for these kids, cut the apples up for them, or help them cut their apples up.

If at all possible, allow them to be involved in the process of cutting the apples. First, it's going to get them invested in learning the activities. Second, it's a great way for them to practice their gross motor skill development.

I've done this activity with children at many stages. From toddlers to second graders, they were all interested in cutting their own apples. Make sure to remove all of the cutting utensils before moving on to the next apple theme activity. Then hand out a magnifying glass to each child to investigate their apples with.

Apple Counting as part of a preschool apple theme

The kids can then count whole apples. They can also count the seeds in their apples and their apple pieces. Another option is to let the kids use their magnifying glass to see the seeds while counting them, to make it more fun.

Identify the Parts of An Apple for preschool science

As the first preschool apple science activity, kids will learn the names of the main three parts of an apple. The core, the seeds, and the peel. Provide the children with apples that are cut in half. Discuss what each part is called. Have the children point to the apple while they name each part of the apple.

Next, have the kids look at their own apple pieces. Ask them to find the seeds, the core, and the peel of their own apples. One way to keep this fun is to turn naming the parts of the apple into a game. With “ready, set, go!” ask them how fast they can find the core. Then race to find the seeds and peel them in the same way. Identifying parts of natural things is a great way to teach science to preschoolers.

They are naturally curious, and it's good to introduce the idea of “why do I think that?” as part of the scientific method. We want to ask a question or predict (guess) what will happen based on the knowledge that we have. Introducing the concept of thinking about the “why” of one's guess to children introduces problem-solving ideas for the child's brain to process.

After kids have made their prediction, hand out bowls filled with water. Have the kids put their apple pieces into the water. Ask the kids what they see. Are the apples floating or sinking? Talk about the reason why the apples are floating. Apples have a lot of air in them. Air is lighter then water. Since air is lighter then water, and apples are filled with air, apples float.

I have built on this activity by doing it again on a different day but adding another fruit. We reviewed and did the apple float experiment again. Then I add a different fruit, like a pear or lemon, for a compare and contrast extension activity. Then we predict and see if those float. Lemons float for an entirely different reason, but it sure is fun to do this and find out why!

Preschoolers also practice subitizing skills when playing this game. Subitizing means that one knows the number of a group of objects without counting the items.

Kids also use their working memory because there are three steps to the game, and that builds memorization skills. Kids identify the dice number, then have to locate it on the paper.

This preschool math apple activity printable comes with instructions. Basically though, kids take turns rolling the one die and coloring their page. They can skip turns or take another turn if they have already rolled that color. There really isn't a winner, the goal is to color the apple!

That's it for the no-prep, no-mess preschool apple activity choices! I did lots of apple activities with my preschool class, and I found these to be the simplest to set up as well as the ones the kids enjoyed the most. They learned a lot while still being able to explore and discover in their own way.