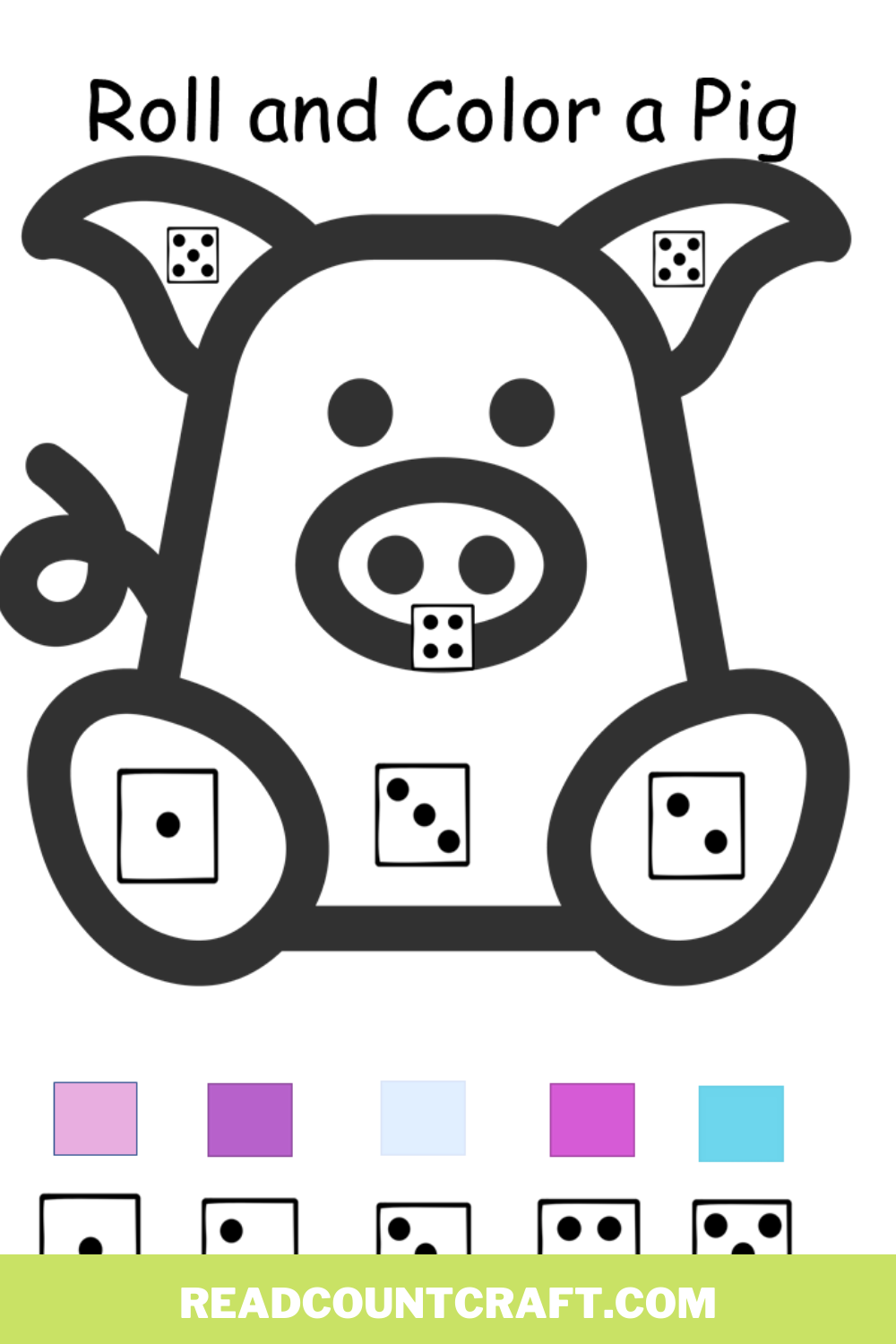 There are several skills kids learn while playing the Roll and Color a Pig game. Children will practice their fine mother skills and color identification skills while playing.

The game's format is interactive which allows a child to apply what is learned. Kids also gain confidence because they can count the dots and color independently.

Why I created Roll and Color a Pig Math game:

I noticed that most preschool worksheets put a lot of emphasis on reading, but there were less worksheets available to practice math skills.
While we were focusing on practicing counting, I needed a worksheet that allowed students to have fun while practicing other math skills.

How to play Roll and Color a Pig:

(We use a big foam dice from the dollar store. The students don't have to worry about dropping the die, throwing it too hard, or losing it.)

Children will practice several vital skills while having fun!

Working memory skills are strengthened while playing this game. Working memory is used because the game requires the same 3 steps over and over: