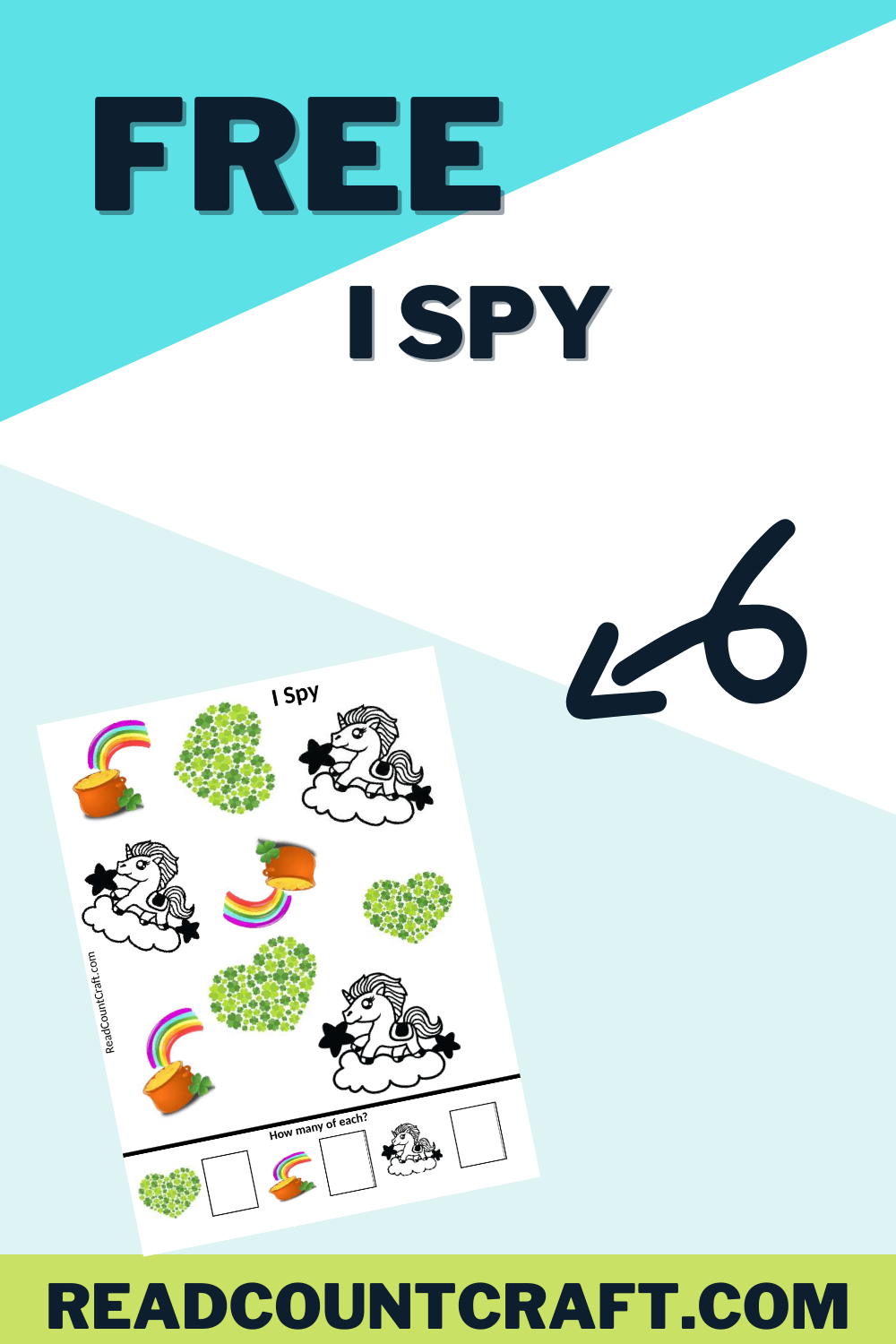 What is Visual Discrimination?

“Visual discrimination involves being able to see subtle differences in objects, including letters and numbers, to distinguish them from others. “

The most obvious example is that when children first begin to learn alphabet letters, preschoolers will often mix up the lower case letters b and d.

How does this St. Patrick's day printable help with visual discrimination?

What are the other benefits of this St. Patrick's day worksheet?

There are many reasons why I-Spy worksheets are so popular among preschoolers. Most importantly, this worksheet format is Fun! Kids in Preschool and Kindergarten usually love this type of worksheet because I-Spy is a game.

Skills that are used for this activity:

This worksheet is great for beginners who are just starting to learn with worksheets. Worksheets are a concept that children in early education have to learn.

An early learner may be able to count physical objects such as blocks, but it is different when counting an object on paper.

How to use this free printable worksheet:

For children who don't know how to write numerals yet:

If children do not know their numbers yet, they can draw tally marks in the square for each I-Spy picture.

For children using an I-Spy worksheet for the first time:

For some children it will be easier to use a circles to help the visual discrimination process.

For children with short attention spans:

After the child has found, counted and recorded the group of objects, give the child a two minute break.

Combine this worksheet with the two other St. Patrick's printable worksheets that I offer: